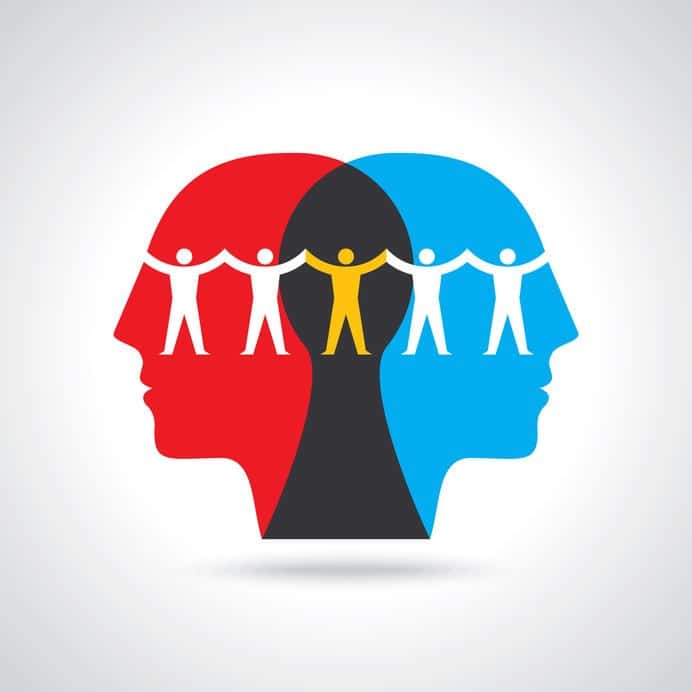 Not only that, but trust within teams has been shown to predict a wide-range of organisational outcomes, including, for example:

More recently, it has been shown that intra-team trust has an even bigger role in the performance of virtual teams over face-to-face teams, even though trust is a significant overall predictor of team performance.

Trust refers to the level of willingness an individual or group of individuals has to being vulnerable to the actions of others and is based on the anticipation that others will act in a manner in accordance with their expectations, whether not they are able to monitor these actions.

In terms of intra-team trust this means that all members of a team have a shared set of expectations about the attitudes, behaviours and actions of all the other members of the team and that those predictions will be fully met.

Characteristics that define how trustworthy any individual is

Previous research has identified three characteristics which tend to define how trustworthy any individual is:

Therefore, trust is an emergent property between people, or within teams, that develops over time as individuals learn more about each other and have their expectations met as they learn to what extent they can rely on each other.

More recently, researchers have turned to the idea of swift trust, in which individuals come together to form teams for relatively short terms, often the single project or task, and then disband again. Such teams tend to be drawn together by their relative individual areas of expertise, but are quite likely never to have worked with each other before and are, therefore, relative strangers to each other.

One outcome of high levels of intra-team trust is that it enables higher levels of team risk-taking and enables teams to have higher levels of tolerance of uncertainty within the task environment . Operating successfully in uncertain terrain has been found to largely depend on the level of trust enjoyed by a team and is frequently characterised by:

In terms of risk-taking within teams there are deemed to be four primary categories of team risk-taking behaviours:

A new study by a team of researchers from the University of Munster and the TU Dortmund University, both in Germany, has looked at the issue of trust in virtual and face-to-face teams using critical incident analysis.

The study found that there are five major categories and 22 sub-categories of characteristics which predict high levels of team trust:

i) Competence
ii) Reputation
iii) Conscientiousness
iv) Media literacy, or the ability to use media and social media to positive effect

i) Keeping commitments
ii) Availability – where team members are socially present for others, in both virtual and face-to-face teams, replying to emails, et cetera
iii) Consistency

i) Confidentiality
ii) Ethical values. Team members who show that they have high ethical standards and values for the team, and that they stick to them, tend to be trusted more

i) Information transparency
ii) Responsibility assignment – a greater level of team trust is developed the clearer an individual’s responsibility and assignments are, so that everyone knows who is doing what

And that these result in three areas of team behaviours that are considered to be risk behaviours:

a) Sharing confidential information
b) Discussing mistakes and conflicts openly

The difference in virtual teams

The researchers found that this one factor can create a significant problem for the development of trust in virtual teams if team members habitually ‘go off grid’, regardless of the strength of all the other factors.