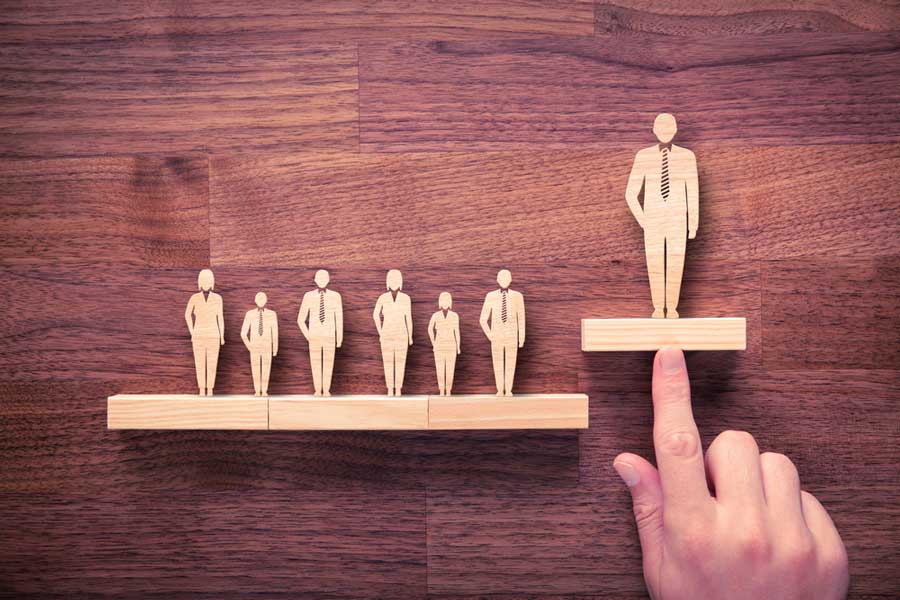 Traditional leadership in companies prior to the financial crisis of 2008 was a world where people entered a company with a view to one day achieving leadership. They may begin as an intern and be spotted at an early stage as having leadership potential, are perhaps fast tracked up the ranks and find themselves in an executive or board level position before they retire.

A new paradigm of leadership

This is what is known as the ‘corner office’ concept, something that is becoming quite rare in modern business structures. The world has changed. The new post 2008 world is where one uses one’s self to lead and could end up in a position of leadership from almost any route.

The new leaders paradigm is emerging and is based on what is known as organisation use of self.

Experience, outlook and ‘Use of Self’

David Jamieson, professor and director of the St. Thomas University, defines the ‘Use of Self’ as, “the conscious use of one’s whole being in the intentional execution of one’s role for effectiveness in whatever the current situation is.”

This enables leaders to “model adaptability and mitigate risk through a delicate balance of confidence and humility.” 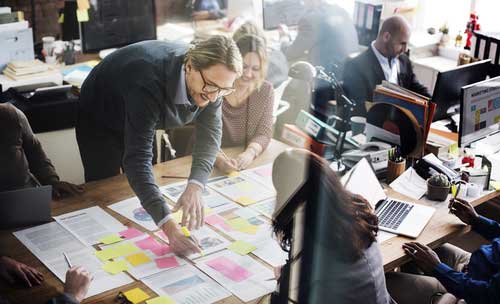 Thus Organisation Use of Self leaders from the new leaders paradigm recognise and use the vast range of differences in experiences and skills present throughout an organisation, regardless of formal qualifications and hierarchy. People have different skills and experiences according to their circumstances. Journalism is a classic profession where someone may have no formal qualifications at all when they enter the job yet have the experience and skill to do it far better than a graduate, for example schooled in journalism but with little life experience. There are journalism lecturers who grew up in council estates and have no qualifications when they started out, yet had connections with crime gang families that ran their estates, who produce far better investigative journalism than many schooled in journalism.

It is the involvement in and pragmatic use of this informal but very powerful network that separates out the new leaders from those more traditional leaders who are restricted, largely by their own mind-sets, to using the more formal and hierarchical ‘qualified’ resources the system provides.

The idea behind Organisation Use of Self or the organisation use of self is that the new leaders are at their core adaptable, pragmatic and use a mixture of self-confidence to make decisions and act, whilst having the humility to understand they don’t know everything and don’t have all the answers, drawing on experience and expertise from wherever they find it to solve problems and move forward.

Command and control leadership carries too many risks in this day of change and volatility.

The idea of ‘Organisation Use of Self’

The core concept of organisation use of self is that the individual leader uses their whole being, their mind, emotions, intuition, body, everything to move forward. There are three factors in the new leadership paradigm:

The 3 new rules of leadership

The new leaders paradigm appear to have 3 new rules of leadership:

1.    Be on purpose at any moment in time, fully focused and present.

2.    Express what matters. This includes asking questions and sharing thoughts and emotions.

3.    Align ethics. The new leadership is ethical and ethically aligned.

There are two particular strengths the new leaders paradigm bring that develop the level of adaptability and breadth required:

The new leaders are not only emotionally resilient and can bounce back but have core empathy and understanding and can develop resilience and adaptability in others and their organisation.

Secondly they have ego strength which means they have confidence in themselves and others, and humility. They can ask without feeling threatened.

In essence the new leaders paradigm is hugely pragmatic and doesn’t comply to formal hierarchical thinking and functioning.

The 6 areas of new organisation use of self leadership

The study found there are six areas of leadership in the new leaders paradigm which develop the above attributes:

1. Communicator. The conversations you have with your colleagues will influence the direction of the organisation. She wrote, “Your conversations should embed meaning that allows you to express what matters, allows ideas to emerge, invites and expects diversity, and energizes everyone.”

The study describes an organisation that in the eyes of the leader has no formal hierarchy and treats all employees equitably (not the same, there is a big difference). They use their strengths to help direct their business. This even comes down to how they are contracted and includes practices such as Colleague Letters of Understanding (CLOUs) that describe the role that they will play for the business that plays to their strengths.

2.    Decision maker. There is no A or B in business any more. It is almost always a balance of paradox. One example is balancing cost and quality. Not every car company builds supercars. How to build a high quality car at a fair price? Change is something we write a lot about in the Oxford Review and making decisions and remaking them in times of change is vital.

3.    Builder. Leaders are building the organisation as well as people around them. One stand out quote Baker gives is that of Vineet Nayar, former CEO of HCL Technologies, an information technology company based in India. She describes his communication practice thus: “He says he learned to communicate in extremes by asking himself, ‘How do I communicate in a way that destroys hierarchy and says I’m one of you?’”

4.    Designer. The new organisation leader designs the physical space around effective leadership. They will often lose that ‘corner office’ themselves and design the physical space around the effective running of the business. Baker wrote, “there are now more opportunities than ever to align the physical environment with your organization culture and to integrate your workspace, work processes, and leadership.”  We see this with Google and Zappos for example.

5.    Giver and taker. The leader who disappears into the office all day and can only be seen through his gatekeepers is a thing of the past. The new leader is as much part of the team they lead as the next person. Max De Pree, former CEO of Herman Miller and son of the founder D. J. De Pree, once said: “The first responsibility of a leader is to define reality. The last responsibility is to say thank you. In between the two, the leader must become a servant and a debtor. That sums up the progress of an artful leader.”

6.    As a model of virtuous character. Power plays and authority through hierarchy is a thing of the past. Being patient, humble and honourable is as key as any of the other characteristics described above.

How you act as a leader is The New Leaders Paradigm