Our cognitive outlook and perceptions, or how we construe things, can have a significant impact on a range of outcomes. For example, people with a generally positive outlook tend to have higher satisfaction ratings for things like relationships, family, job etc. Additionally, as you would expect, people with a more positive take on things tend to be more optimistic and usually have higher levels of self-esteem.

The new review of research has looked at how cognitive outlook and perceptions affect our well-being. In particular, they looked at construal which refers to an individual’s subjective perception and evaluation of a situation, and how it impacts well-being outcomes.

The modal model of emotion

The current thinking (known as the modal model of emotion) and research has shown that there is a direct connection between our cognitive outlook and perceptions of the situation, what we pay attention to and our emotional response:

What we focus on matters

The previous research has shown that what we pay attention to and the meanings we ascribe to things (construal) has a direct impact on our emotional response to situations. Attention is seen as a selective process, where people either consciously or unconsciously decide what to focus on within a situational context. Concentrating on certain attributes within a situation tends then to lead to a certain set of perceptions, meanings or conclusions (construal) about the situation, which leads directly to our emotional response.

It goes both ways

The ‘broaden and build’ impact of positive emotions

A series of studies published between 2013 and 2017 found that positive emotions broaden our awareness and ability to take in more information. This broadening effect on our cognition has been found to build skills and resources within the individual. In effect, positive individuals become more capable, both of perceiving a wider range of data of enhancing and developing their skills and thinking as it happens.

Conversely, it has been found that negative emotions tend to significantly narrow one’s focus. People with a negative frame of mind tend to focus on, and often become obsessive about, particular details and solving a narrow range of problems.

In effect, people with positive emotions tend to become significantly and increasingly more flexible, adaptable and capable, whilst individuals in a negative emotional state narrow their focus, become less adaptable and taking fewer inputs. This effect is so powerful that simply inducing a positive or negative mood through listening to happy or sad music can create this effect. 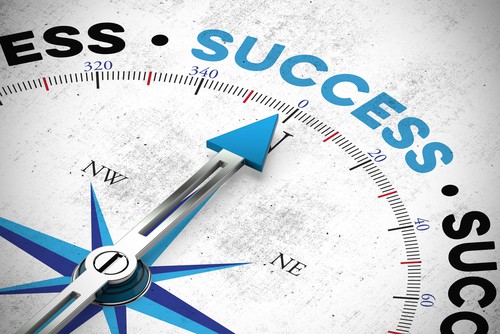 How our cognitive outlook and perceptions creates more success

A number of studies in 2012, 2013 and 2015 found that changing people’s attention and focus towards more positive information created more positive emotions towards success and these resulted in both more success and greater well-being for the individual.

The memories we choose to focus on

There also appears to be a link between which memories we attend to and our well-being. People who focus more on positive memories tend to not only feel better, but also to have better well-being outcomes compared to people who focus on negative, sad or pessimistic memories.

A wide range of studies have found that people with higher levels of gratitude and appreciation tend to have significantly better well-being outcomes, as well as sustainable positive emotions. In particular, two longitudinal studies in 2008 and 2013 found that people who were asked to perform an act of appreciation or gratitude a day (such as writing a letter of thanks to someone they felt gratitude towards) had significantly better well-being outcomes than control groups, who did not carry out acts of gratitude or appreciation. These studies were conducted over 3 to 4 months. 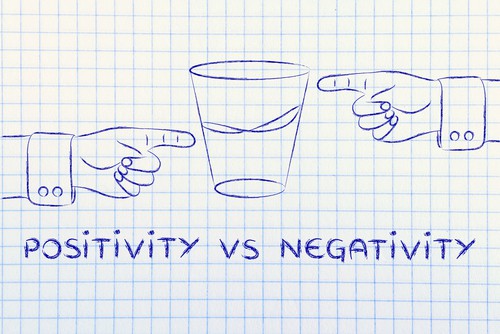 A recent meta-analysis from 2013 which looked at 50 studies across 19,831 participants found that optimists are significantly healthier and more psychologically resilient than pessimists. Further it was found that optimists have better life satisfaction, cope with stress better, recover from surgery faster and live longer.

A number of experimental studies where people were randomly assigned to a control or ‘optimism’ group (invited to imagine their “best possible selves”) had better well-being outcomes compared to the control group.

Studies in 1996 and 2011 found that pessimism significantly increases depressive symptoms over three years. Again out cognitive outlook and perceptions at play creating a direct impact on our heath.

“…there are three primary determinants of well-being”

Self-esteem or our overall evaluation of our worth and respect for ourselves are significantly more productive and creative than people with low levels of self-esteem. Wide range of studies conducted between 2003 and 2012 found that there is a strong correlation between self-esteem, life satisfaction and well-being outcomes.

A number of recent studies (2014 and 2017) have found that a number of exercises and interventions such as self-affirmation exercises (e.g. saying to yourself on a daily basis “I am a good and moral person”) has a positive impact, both on an individual’s level of self-esteem and well-being outcomes. However, these studies show this effect is transitory, in that it only appears to last as long as the exercises and affirmations are being conducted.

Additionally, a number of medical studies have found that negative views of oneself predispose the individual to depressive symptoms. Studies in 2002, 2003 and 2012 found that consciously focusing on and attending to positive construals of yourself (actively looking for and paying attention to positive feedback and positive portrayals of oneself) not only increases self-esteem, but also has a positive impact on well-being outcomes.

Self-determination, autonomy and levels of competence

Studies in 2000, 2001 2010 and 2011 found that there are three primary determinants of well-being, all of which fall under the broad heading of self-determination:

Autonomy refers to the level of ability an individual has to govern themselves, control their outcomes and be independent.

Connectedness means an individual’s ability to relate to and connect to other people and groups of people. The level of connectedness an individual feels with others and in society in general is a strong correlation with both feelings of self-determination and well-being outcomes.

When an individual has a sense that they have autonomy, competence and connectedness, studies have found they also have a strong feeling of control about their lives. Three primary things that impact our cognitive outlook and perceptions 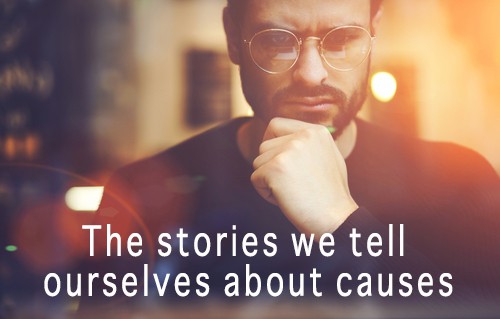 An individual’s attributional style refers to the way in which they ascribe, attribute or credit causes to events. The type of explanations we use to describe causal events has a significant impact on our well-being, flexibility, levels of persistence and productivity/success.

For example, someone who fails an exam and puts this down to their own lack of intelligence or stupidity is significantly more likely to give up and create the belief that they are unlikely to succeed henceforth.

There are a number of different types of attributional style that have a direct impact on the outcomes for an individual:

These ideas of learned helplessness and learned optimism are key to understanding how people construe events around them and their ability to be able to cope and deal with them and appear to be both a direct result of our cognitive outlook and perceptions and also change our thinking and perceptions. 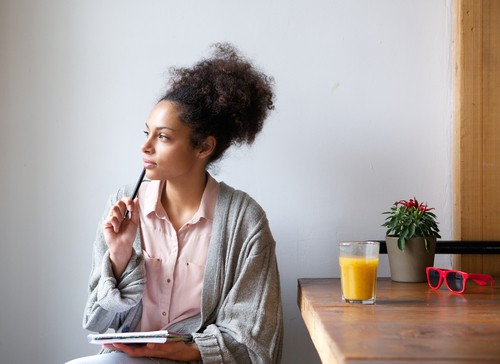 Ruminative style refers to the tendency to focus on thinking about the symptoms, causes and consequences of distressing and negative events, rather than focusing on finding solutions to the issue. A range of studies over the years has shown that people who tend to engage in negative rumination are significantly more likely to develop depression and have longer periods of depression.

This meta-analysis is useful in that it pinpoints a range cognitive outlook and perceptions (together known as Implicit Cognition) that have a direct impact on our perceptual capabilities and well-being outcomes. Further, some of the factors such as we pay attention to and focus on also has a direct impact on our levels of success.