Executive Coaching and its outcomes: What the research actually says - Special Report

Executive Coaching and its outcomes: What the research actually says 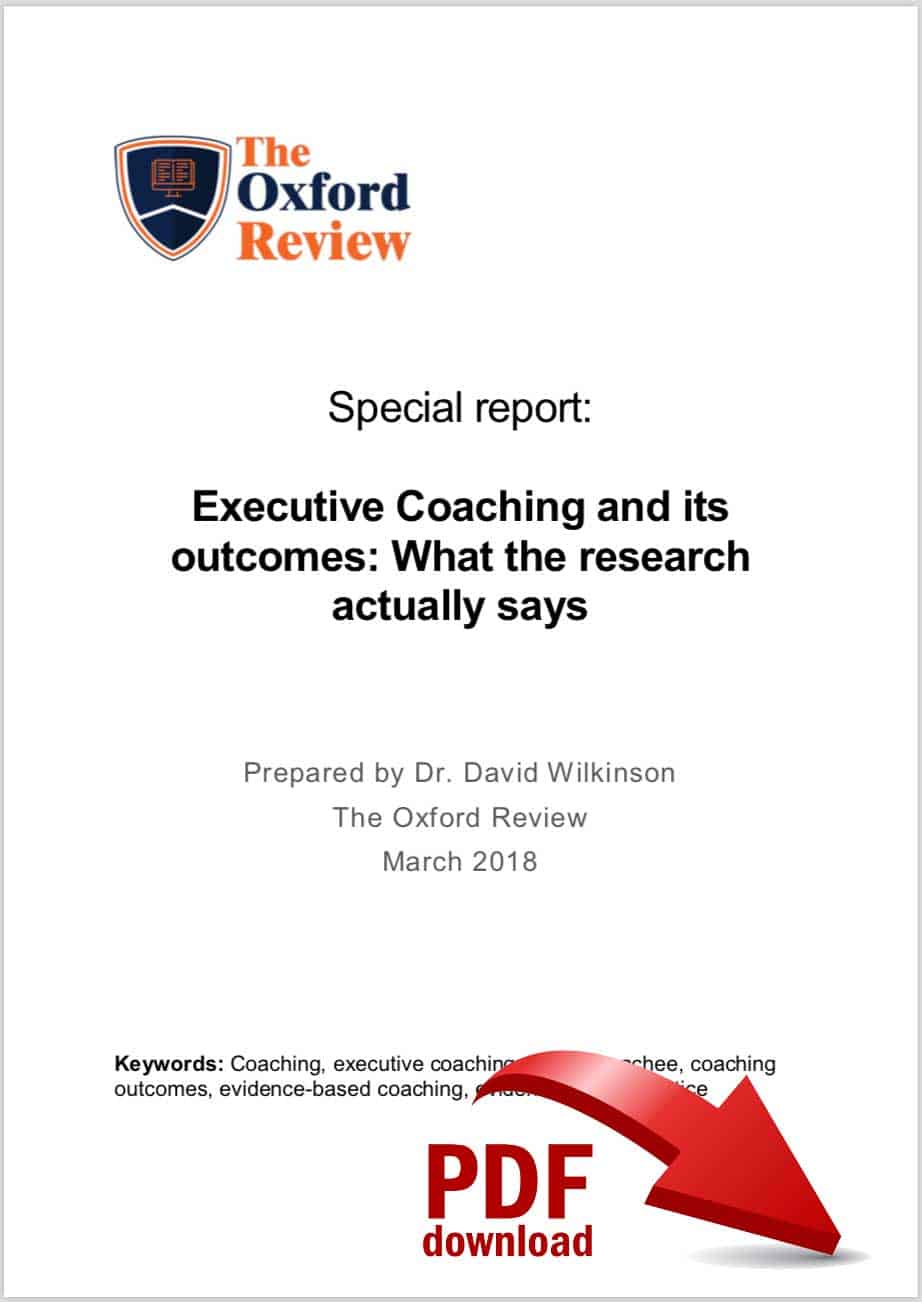 The aim of this report is to provide evidence-based practitioners with the best valid research evidence about executive coaching.

Executive coaching research is still considered to be in its infancy, in that, prior to 2000, there were only seven peer-reviewed academic research studies about the effectiveness of executive coaching. Since 2000, however, there has been a steady increase in research interest in this area. Once the study had eliminated the less valid and reliable studies (for example studies where the author of the study turned out to be the coach in question), they ended up with 110 peer-reviewed journal articles to analyse. Both studies found that the biggest problem with most research looking at executive coaching was a singular lack of research rigour and independence from the research subjects. Most published studies are by the actual coaches or coaching organisations and either lack objectivity or more sophisticated research methodology.