Why some behaviours are really difficult to change and what to do about it: CEOS Theory

Why some behaviours are really difficult to change and what to do about it: CEOS Theory 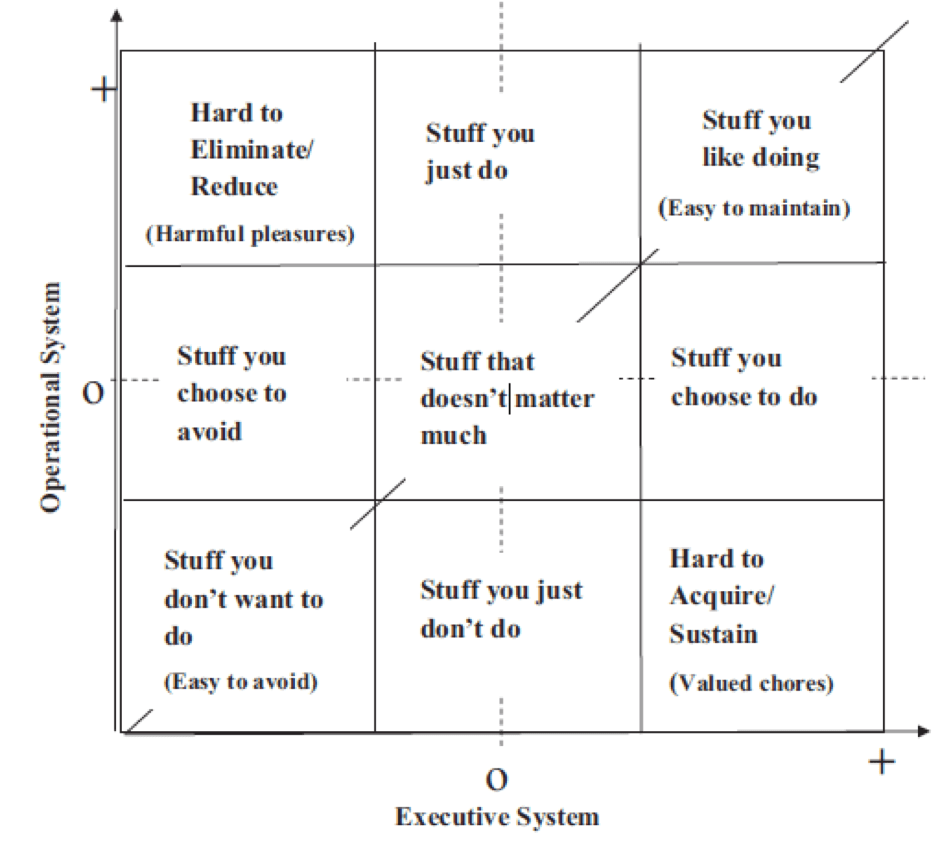 A new theory called CEOS Theory focusses on trying to understand one of the problems that science has been grappling with in recent years.  Some behaviour change is difficult to maintain, for example giving up smoking, sticking to a diet, maintaining a new fitness regimes, changing work habits etc. and this theory looks at the reasons why.

Be the first to be informed, be the one ‘in the know’ – click here

CEOS Theory is the first theory to take into account the interaction between conscious and non-conscious influences on behaviour and is aimed at explaining and exploring the limits of rational choice on behaviour modification. CEOS is an acronym for Context, Executive and Operational Systems.

There are two overarching systems or sets of functions within the brain that control behaviour:

The Executive System comprises a set of executive functions which control behaviours requiring conscious thought and cognitive control in order to operate.  The Operational System is a largely unconscious set of functions.

Most of the time these two systems work and collaborate with each other to produce our behaviour. When we introduce behaviour change, particularly changes of habituated behaviour (habits) a set of conflicts is created between the Executive (conscious) and Operational (unconscious) functions within the brain. These changes in habituated behaviour are known as HTMs or Hard to Maintain behaviours; overriding the unconscious operational system requires constant high levels of effort and attention from the executive functions for extended periods of time. .

Our neuronal Executive System is in essence a set of cognitive processes all of which are required for tasks like planning, reasoning and problem solving.  These are:

The Operational System is the set of functions that allows us to go about our daily business without really thinking about it. It is the unconscious mind going about its daily routines. All motor processes such as walking, sitting down and standing up are managed by the Operational System – one does not need to think through the process of bending each leg and foot in a certain way and swapping one’s balance from one leg to the next as one takes a stride. The smoker does not need to think through the process of rolling and lighting their 10,000th cigarette – it comes as ‘second nature’. 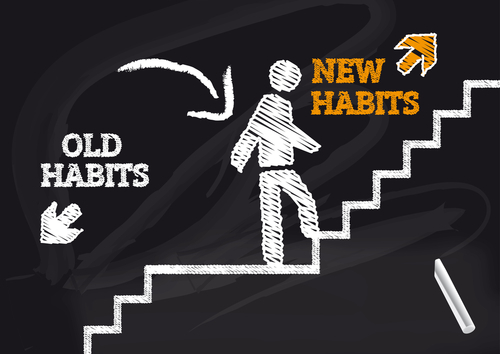 Comparison of the operational and executive systems

Smoking for example is reputedly one of the hardest behaviours of all to quit. Smoking is an unhealthy process that has become an impulse and a (maladaptive) method of emotion regulation. Smokers often have a set of routines they engage in such as having a cigarette with their morning coffee or in the evening with a glass of wine, or following an intense meeting at work. The same applies to any habituated behaviour, like eating, working habits or even cognitive habits, like habituated thinking processes and patterns.

Breaking these habits, the Hard to Maintain behaviours, is often not easy as it sets up a conflict between the executive and operational functions within the brain. 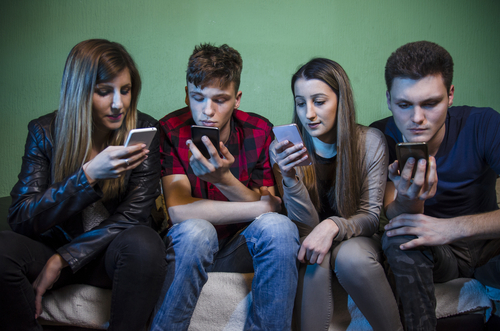 The interaction between the Operational System and the Executive System provides a set of behavioural responses dependant on how in sync or in conflict the two systems are. The Hard to Maintain behaviours sit at the top left of the picture and are harder for the Executive System to manage than for the hard to acquire/sustain habits such as a skilled hobby like sailing or skiing. Often during behaviour change people are doing two things at once:

This gives a more complete understanding of the task of changing ingrained behaviours and habits.

The Operational and Executive Systems Matrix 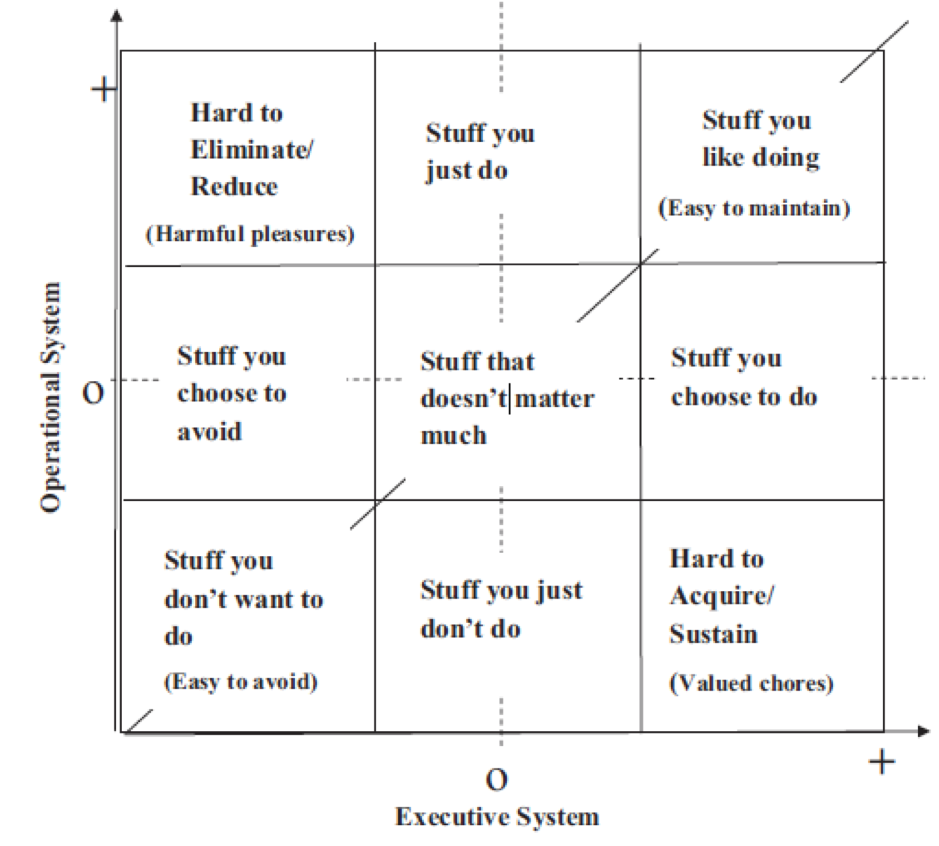 Context adds the trigger and motivation/demotivation for this change.

“Negative feelings tend to occur when the [Executive System] is attempting to generate action inconsistent with the underlying wants/needs or is not responding to them.” The conflict created between the executive and operational functions often generates negative emotional responses.  This makes it even more difficult when engaging in behaviour modification of Hard to Maintain behaviours.

On the other hand “Positive feelings are more likely to be indications of progress or of success.” 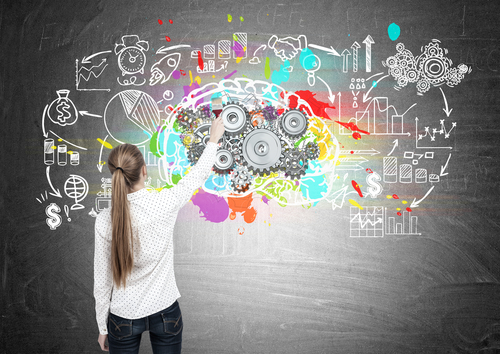 Why some change is so hard

The primacy of the operating systems and functions (because they operate at an unconscious level) is a major factor in determining why people find some behavioural change so hard. This is particularly exacerbated when people are deprived of positive emotions and emotional feedback around change, due either to past traumatic or negative experiences of change or just a lack of positive awareness, feedback or vision of progress during the change process. Additionally, due to experience or belief, many people have low expectations of future rewards and therefore little motivation to change.

This lack of positive emotional reinforcement for change tends to render many people more susceptible to the allure of short-term emotional operating system benefits over longer-term gains.

It is, after all, both harder work to maintain the level of constant attention and application needed for the executive functions to override the unconscious operational functions, and it is also tougher emotionally to keep going without immediate reward than it is to let go of the tension and relax, allowing the operating systems to take over and run things, thus gaining the immediate gratification of the habituated comfort.

This, together with the push and pull of positive and negative emotions, is why habituated behaviours are often difficult to change.

How to predict unethical management behavior

Borland has found that there is a process for changing HTMs or Hard to Maintain Behaviours:

The person needs to have enough information/feedback to be able to conclude that they have a problem which requires behavioural change.

They then need to:

The individual then needs to create an action script and refine it in the light of learning. This step also includes rearranging and rehearsing the internal stories or rationalisations about the new and old behaviours, creating positive emotions around the new behaviour and building a practised routine.

There are two phases to maintenance of the new and developing action scripts or behaviours:

One of the characteristics of Hard to Maintain behaviours is repeated relapses in behaviour. Acceptance of failure followed by repeated effort and reapplication of action-scripts is important if the behaviour is to change permanently. This requires resilience and the ability to keep going despite continual failure, often for extended periods. 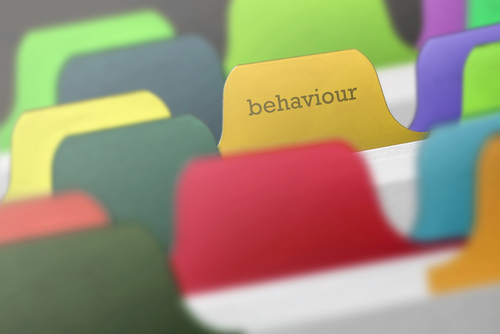 CEOS Theory is essentially a pulling together of work from a number of disciplines together with a new interpretation and new evidence from more recent studies. The major finding by Borland is the explicit splitting of the Executive functions of the brain from the operating systems and creating an understanding of the process of changing Hard to Maintain behaviours.