The dark side of business relationships - new research

Unravelling the ‘dark side’ of relationships: New research 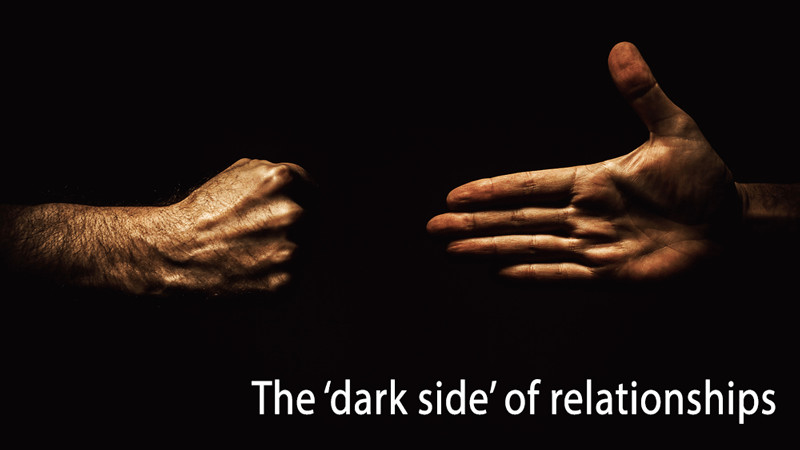 All of us have probably had issues with a telephone or utilities supplier at some point. Some of the larger companies frequently have very poor customer service reputations and this does impact on their ability to retain business. Another common case is how utility customers feel when they know that the price of gas is at a historic low yet their gas supplier drops their retail price by only a few percentage points – and still far above the cost when wholesale prices were last comparably low.

How does the balance of power affect your relationship with a supplier or customer? Are there resentments or contradictions between you? A paper just published by researchers in France looked at the component parts of the ‘dark side’ of customer – supplier relationships.

When things are going well, management usually pays little heed to what is going on between themselves and their customers or suppliers. It tends only to attract their attention when things change for the worse or there is a complaint. The researchers contend that this is too late and “For managers, it is critical to consider and think over where they stand on the relational continuum and where they want to stand”.

The 3 factors of business communications

The researchers discovered that there are three interrelated issues in most relationships between companies: 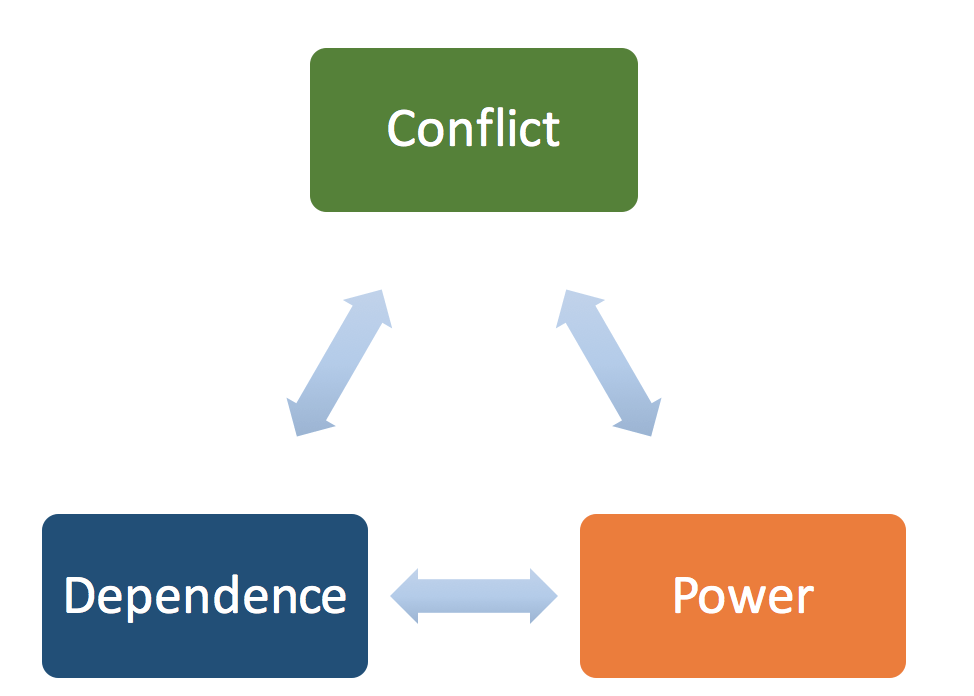 Conflict can arise between organisations in any number of areas. What this research found was that conflict, contrary to popular belief can have both positive and negative aspects. For example, they found that conflicts arise most in ‘high involvement’ relationships compared to ‘low involvement’ relationships where things are kept at arms length and there is little or no investment in the relationship. Conflict is a natural part of all relationships and is only a real problem when it becomes dysfunctional. Unresolved and continual conflict often results in a termination of the relationship. This is not always negative.

There is a range of issues that generate conflict like:

What the research identifies is that asymmetric relationships tend to accelerate conflict situations. These are relationships where there is an unequal distribution of power and they frequently result in conflict as the stronger or more powerful organisation prioritises its own needs in the relationship.

Power imbalances often lead to opportunism and less cooperative resolution tactics. However, usually, these result in the eventual breakdown of the relationship.

What this is saying in effect that it is beholden to the organisation with the power to listen and respond for the long term health of the relationship.

Where a utility company is refusing to give you better rates for example, you can usually just walk away and these days many do. What happens is that most customers are too small for a utility company to care either way about.

It has also been found that this often severely restricts and reduces supplier innovation for example, and rarely enhances the relationship if the non-dependent member uses its power

for its own ends, at the expense of the other.

Whilst this study looks specifically at what the authors termed ‘the dark side’ of customer-supplier relationships, many of the findings appear to have significance beyond this environment.

The ‘dark triad’ of relationships

However, this is a useful triadic framework for all businesses and organizations to use to consider the nature and consequences of their relationships externally and internally.

The paper concludes that, “Our …review should draw practitioners’ attention to the fact that the “bright” side of a relationship can turn to the “dark” side and relational benefits attached to a specific relationship should not be considered as an outcome but as a resource that needs to be nurtured and developed.”

In short, relationships that develop over time into unequal and unbalanced associations are largely unhealthy and likely to result in breakdown at some stage. The dark triad of relationships; power, conflict and dependence are interlinked and unless handled honestly and with the intent of fostering better relations by the party with the power, tend to be doomed to ever worsening dynamics.