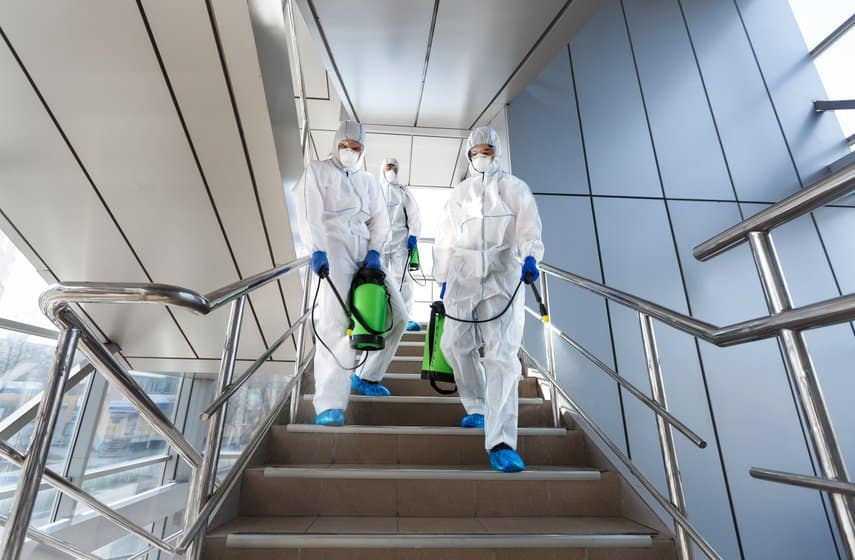 There is no doubt that the 2020 Covid-19 pandemic has, and is, currently creating significant levels of disruption and uncertainty for many organisations, both large and small. What are termed as low chance/frequency – high impact events like the 2020 pandemic have the potential for creating severe life-threatening, business threatening, economic and social harm situations that escalate rapidly and without much warning. The ability of resilient organisations to adapt proactively in the moment and then recover is critical to their survival.

Unlike normal change events, such low chance/frequency – high impact events result in significantly higher levels of strategic and planning failure, largely because of the disruption to the normal communication and management/control mechanisms that most organisations and their systems depend upon.

It has been shown that, even with the emergency services (who have routines and protocol for what are known as routine emergencies – or emergencies that were foreseen – and responses that have been considered, simulated and practised) some low chance – high impact cause them extreme difficulty. This is especially the case when events move out of their normal range of operations, because they create a contextual shift of a magnitude that disrupts even their pre-made plans, systems and practices and adaption latitude.

In effect, such events become a system-wide, or systemic, disruption and, therefore, emergencies of an entirely different magnitude and pace.

The one thing that many emergency services and resilient organisations have in common, however, is the flexibility and adaptability coupled with the ability for emergency service workers to make in the moment decisions and largely to move beyond normal affective responses to threat. This is due largely to the fact that they are practised in dealing with fluid and uncertain situations often containing direct personal and organisational threat. Even then, low chance – high impact events severely test emergency services’ functioning, and there is an increased incidence of decision-making and systems failure under such conditions.

Most countries’ special forces, for example, are continually tested and put into situations and simulations where they have to improvise, adapt and respond proactively as situations, the environment, resources, and even energy, shifts and changes from moment to moment. Unlike many organisations and people working in them, special forces in particular, and emergency service workers in general to some degree, are continually or sporadically practising these skills, either in real events or in training simulations.

The problem with planning and implementing strategies in emergency situations

The main problem with planning is that it is impossible to predict all potential possible scenarios facing an organisation, therefore, it is also impossible to anticipate and prepare the organisation and its resources, systems and structures for every outlier event.

A new (2020) study by the Faculty of Management at the Cass Business School in London, UK has looked at the extant research and the lessons learned from the response of New Zealand’s Christchurch Hospital’s to the magnitude 6.3 earthquake of 22nd February 2011, which killed 185 people and injured several thousand more. The earthquake disrupted normal lines of communication including internet, telephone, road, rail and air transport, as well as having a significant impact on the staff and personnel of the hospital and on its initial ability to get rapid access to supplies.

Firstly, the study found that, because of the nature of such incidents, there is little time to plan, formulate and implement a strategy. Because the immediate threat and the situation is so fluid, strategies are usually outdated before they become implemented.

Organisational improvisation and the resilient organisation

One of the key findings was the importance of organisational improvisation. This refers to the ability of an organisation as a whole (or what remains of it after the incident) to proactively take action and to make use of available resources, which can include cognitive, affective or emotional and social resources as the situation and new evidence from feedback becomes apparent. This process of adaptation and improvisation needs to occur whilst the organisation is trying to make sense of a situation within which incidents tend to arrive simultaneously and which are often conflicting and paradoxical.

What is organisational improvisation?

Organisational improvisation is a fluid and creative process that operates in a space where changing evidence, intuition, spontaneity and iterative decision-making combine to create a series of actions and experiments. Organisational improvisation in low chance – high impact events is the basis of organisational resilience under such conditions. In effect, resilience in such conditions relies on the ability to respond proactively and creatively in times of uncertainty without becoming overwhelmed and refusing, or failing, to make decisions.

Paradox theory and the paradoxes of Covid-19 – research interview

Senior management becomes both leadership and a support mechanism

The study found that the senior management of resilient organisations becomes both leadership and a support mechanism, aiming to collect and distribute resources as necessary and allowing autonomous employees to solve problems. Previous studies have shown that certain individuals are good at operating in chaotic conditions and good at finding emerging patterns and in order to assist with this process. Identifying these individuals and using them can be a game changer.

Movement from strict structures into emergent and self-organising

Further, the study found that it is important to move from strict structures of management and control into emergent and self-organising processes and teams. In an emergency, resilient organisations move a more self-organised less controlled mode.

Next, the aim of management in resilient organisations is to help to create a shared understanding and mission, or aim, so that people have the right information on which to base their decisions. In these situations, it is not for the management to make the decisions for the employees.

Important for organisations to remain fluid

Lastly, the study found that, due to the rapidly changing and re-changing conditions, it is important for resilorganisations to remain fluid and to resist the temptation to optimise processes and decisions until the variability within the conditions settle down. This means that managers, in particular, need to resist imposing adherence to policies and protocols created before the event, as this is often a knee-jerk set of behaviours based on an individual’s wish for safety in an uncertain situation.