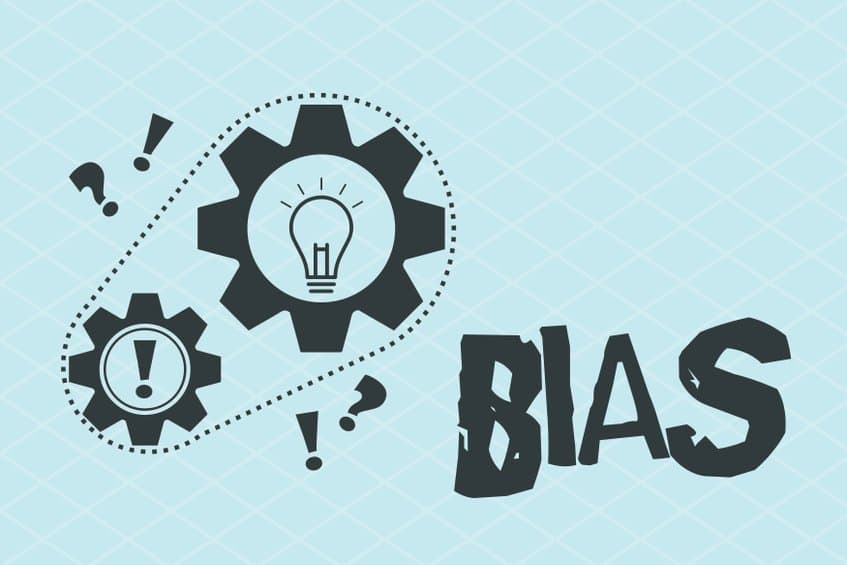 By its very nature, implicit or unconscious bias is a problem that influences the decision-making, behaviour, attitudes, thinking and communication of most people without their knowledge and in spite of their desire to be more objective.

…implicit or unconscious bias is a problem that influences the decision-making, behaviour, attitudes, thinking and communication of most people without their knowledge and in spite of their desire to be more objective.

As a result of the impact that implicit bias can have on outcomes, both at an individual and organisational level, organisations and researchers are becoming increasingly interested in implicit bias recognition and management.

Part of the problem is that, as individuals start to become aware of the unseen influence that implicit biases have on all aspects of their life and decisions, they often become increasingly uncomfortable and experience confusion, uncertainty and dissonance.

Previous studies have found that programmes that simply help individuals to identify and recognise a range of biases tend to have little impact as a result of the dissonance and discomfort many people experience during the process.

Indeed, a number of studies have found that many individuals resist such training.

Further, it has been found that programmes that focus on bias identification and recognition often have a reverse learning effect, whereby individuals become more entrenched in their biases.

A Systematic review and its findings

A systematic review and other studies of implicit prejudice and bias training/interventions found that the evidence that using techniques used on many programmes such as:

• examining other people’s perspectives
• listening to people with different views
• imagining positive contact with others from different demographics
• exposure to positive examples from outgroups
• attempting to instil feelings of non-objectivity (experiencing what it’s like to be really prejudiced)
• taking on, or imagining being in, the role of an individual from an outgroup

is not substantiated by the research evidence and often results in a further entrenchment of the biases being examined.

Further, the systematic review found that short one-shot interventions of the type preferred by many organisations have no impact on professionals’ behaviour, thinking, decision-making or actions/behaviour.

Rather, the review found, that educational programmes that involve interventions aimed at changing the organisational culture and addressing structural issues within the organisation on a long-term basis have a greater chance of success.

Additionally the review found that…

Additionally, the review found that it is important that bias management interventions, such as developing emotion regulation capability, need to be an important part of any form of bias training or intervention. This is largely because implicit biases are founded on a mixture of values, beliefs and emotional reactions to situations that change the way we perceive things.

A new (2020) study by a team of researchers from Schulich School of Medicine at Western University in Canada, and the Albert Einstein College of Medicine in New York looked at methods of bias recognition and management training to see whether the recommendations from the above review can be turned into a robust training regime to help people identify and deal with/manage implicit or unconscious bias.

The idea here is to create an experience for individuals that initiates a form of dissonance or form of disorientation through provocation (a form of provocative trigger) whereby the individual:

In effect, this stage of transformation requires that individuals are confronted not only with the idea of bias, but also faced with the fact of their own bias/biases and how they are affecting their thinking and behaviour.

Once the individual or individuals are in a place of discomfort and dissonance then engaging with them in a series of critical thinking dialogues either through written narratives or small group discussions about the paradoxes inherent in the situation and how they clash with their perceptions is of critical importance. The discomfort and dissonance refers to a feeling of internal conflict when faced with the conflict between their beliefs about a situation and the reality.

Previous studies have found that, when confronted with a paradox between two conflicting issues, most individuals flick between one side of the paradox or the other and they rarely view both sides of the paradox at the same time, thereby recognising the paradox. For example, the paradox of overeating (the behaviour) and obesity/being overweight (the outcome).

It is important in this stage to elicit emotional responses to any paradoxes unearthed. This stage is largely a facilitative stage based on critical reflection, feedback and stories or narrative about the dissonance/paradoxes discovered.
This exploration invariably requires the learner to undergo some level of discomfort and disorientation, at which point the individuals need to learn about and engage in emotion regulation techniques.

After the individuals have engaged in sufficient critical reflection and dialogue and have started to engage in a level of emotion regulation where they can allow the paradox of the situation to exist there then needs to be a process of change or transformation.

This necessitates their developing strategies for recognising their own biases unaided and changing their behaviours to reduce the impact of those biases in the work context. This further means that the individuals will need to understand what skills and behaviours are required for this process. These skills will then need to be practised with formative feedback so that they can habituate those skills and behaviours.

Once the skills and behaviours have been identified, practising and developing them requires skills building activities such as role-plays, standardised exercises, simulations and formative feedback, together with the ability to practise again and correct behaviours after feedback has been given.

The study found that this stage requires that the learners have a learning orientation rather than a ‘being perfect” or ‘being right’ orientation. This needs high levels of trust and psychological safety, as well as openness to being vulnerable whilst they are learning and correcting and further developing their behaviours and skills.

Lastly, the learners need to go back into the workplace and give and receive feedback about their decision-making, skills and behaviours as they are going about their daily work.

The transfer of the learning into the workplace is a critical point at which many programmes fail. Developing a culture of learning and openness to vulnerability and change is essential. This is not a simple task, as in many work environments, professionals feel the pressure of ‘being right’. Continuing an open learning orientation in the workplace, particularly about personal issues such as bias requires forethought and discussion with the learners. This process needs to be open and openly discussed with the learners, so that they maintain a learning orientation whilst at work.

The study found trust and high levels of psychological safety are important in this phase.

A new study on utilising the Lean Startup Framework

How good leaders learn from failure